I first became aware of a group called Nine Inch Nails in the early nineties when my oldest son was just turning into a teenager. He quickly informed me that the music I heard blaring from his room was actually one person, not a band, and that the artists name was Trent Reznor.

Trent Reznor is an American songwriter/musician/producer and sole member of multi-platinum act Nine Inch Nails, and now an Academy Award winning film composer. He began creating music as a child in Western Pennsylvania, first on piano and then taking up other instruments. He eventually moved to Cleveland, OH where he took a job at a local recording studio as an assistant engineer/janitor, recording his own material during unused studio time.

Those recordings became the first Nine Inch Nails album, 1989’s “Pretty Hate Machine”. In 1994, the breakthrough album “The Downward Spiral” was released and featured the radio hits “Closer” and “Hurt.” The controversial music video for “Closer” was directed by Mark Romanek and is considered among the best music videos of all time having won various awards (it is one of the few music videos included in the permanent collection of the Museum of Modern Art in New York City). “The Downward Spiral” entered the Billboard 200 chart in 1994 at number two, and remains the highest-selling Nine Inch Nails release in America.
Over the course of his career, Reznor has also collected countless production and remix credits including collaborations with David Bowie, producing Saul Williams and the discovery and production of Marilyn Manson.

Reznor and fellow composer Atticus Ross scored the David Fincher films The Social Network (2010), The Girl With The Dragon Tattoo (2011), and Gone Girl (2014), winning the Academy Award For Best Original Score for The Social Network and a Grammy Award for The Girl with the Dragon Tattoo. In 1997, Reznor appeared in Time’s list of the year’s most influential people, while Spin magazine described him as “the most vital artist in music”. 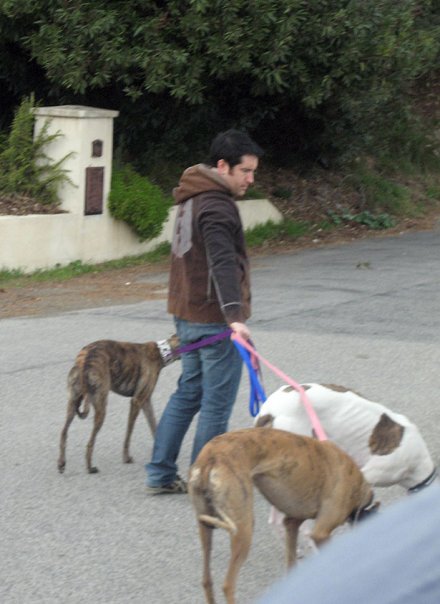 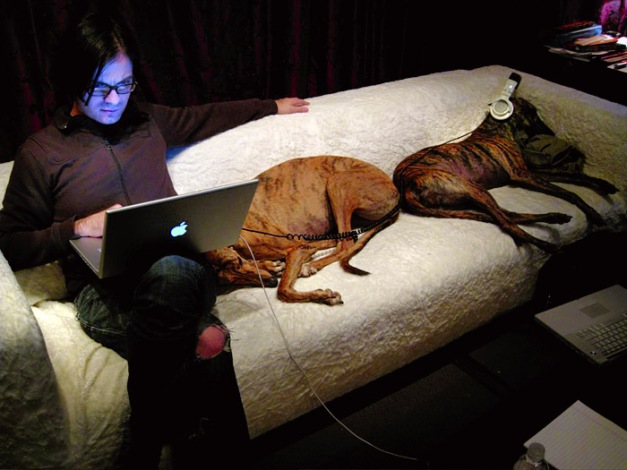 Trent is also a huge advocate for ex racing greyhound adoption and has in the past put rare band memorabilia on the eBay auction block to benefit Greyhound rescue groups.  Four “bundles” of Nine Inch Nails collector’s items were up for grabs in the last auction, including rare tour posters, limited edition CDs, t-shirt prototypes, and vinyl EPs – all signed by Reznor. Trent is an animal lover and longtime supporter of rescuing greyhounds and created the auction specifically to help Greyhound organizations continue their work in saving these animals’ lives. Reznor has adopted several rescued greyhounds who are lucky enough to regularly accompany the Academy Award winning composer to his practice space. 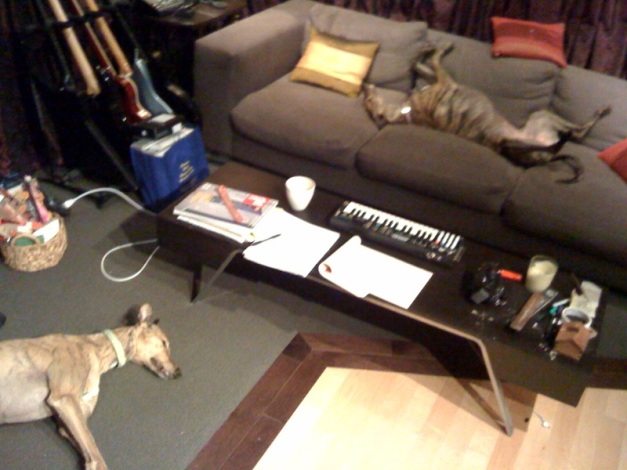 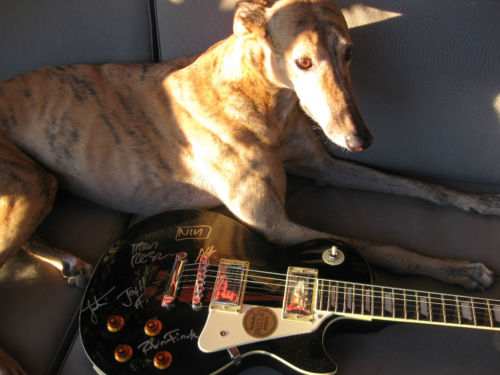